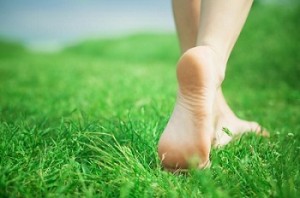 With the sun pouring its golden rays over us and our surroundings in these summer months, it’s virtually impossible to avoid being anywhere but outside.  Sometimes these rays invite us out so strongly that we’re swept up from our task at hand to venture outside, taking nothing but our enthusiasm to carry us away.  That’s right, no shoes needed or even noticed to be lost.  Through your feetpressing into the Earth with each step, whether it be grass, soil, stream, creek, boulders, roots or muck, you may have noticed a distinct energetic shift drape over and around you that tends to linger even after your outdoor funtivity has concluded.  The sensation that has taken over your body is one that is so subtle that it could be missed yet so present that it is profound.

Earthing. The act of connecting with the earth.  As stated in the book Earthing, “We humans, as all other living beings, are electrical creatures on an electrical planet, and the ground beneath us is more than something we just stand, walk, play, and build on. ”  Such a simple truth, yet so simple that the act of actually connecting our body, touching the Earth with our skin, is often overlooked and under-appreciated. I invite you to reclaim your appreciation for it.

Earthing returns the body to its natural electrical stability and rhythm, brining the body into normal and even optimal health.  What does that look like physiologically?  Better functionality of our cardiovascular, respiratory, digestive, and immune systems.  How does this look on the cellular level? Seventy trillion cells withinour body preform their specific tasks—absorbing nutrients and water—under direction from electrical fields. The more stable the cell is at the atomic level, the better the cell can perform its tasks and the better the body as a system functions.  Ultimately, balance at the atomic level has a macro effect on the whole human body!  Do you want some case studies? Earthing has been linked to doing away with or dramatically improving insomnia, chronic pain of multiple diseases and injuries, exhaustion, stress, anxiety, premature aging, and inflammation.

If you’re particularly inclined to sports and sports performance, it’s interesting to note that during the 2003, 2005 and 2007 Tour de France races, the American cycling team “Earthed” after each daily competition using a product called an earthing bed sheet.  The cyclists reported better sleep, significantly less illness, essentially no tendonitis (inflammation of a tendon), dramatic recovery from the day’s racing, and faster healing of road rash.

Without further adieu, let your feet roam freely and ground you to the Earth’s healing properties!

Athletic Competitors are Victorious with Yoga

I met an interesting guy in my French class during my junior year of college. He was a member of the UC Berkeley track team. We discussed (in broken French) his training regiment with the CAL track team. It involved extensive cardio and strength training coupled with a strict diet. A few months later we happened to run into each at a yoga studio where I was working at the time. Classes at this studio were 1.5 hours long. He entered the class then suddenly exited it forty-five minutes later. He was exasperated, sweaty and had a look of resignation. He entered the yoga class feeling confident that his athleticism would circumvent any possible strenuous poses yet he left the studio looking dubious. My first yoga class was a similar learning experience. As a competitive soccer player since the ripe age of 7, I was surprised by the physicality of yoga and  the limits of my own athleticism.

Traditional perceptions of athleticism in congruence with misapprehensions about yoga fail to see the symbiotic relationship between different types of exercise. Athletes focus on cardio and strength exercises, which can sometimes neglect the certain areas of the body. In fact, there is a growing trend among Olympic athletes who are spending their time off the field in the studio. Goalie for the Olympic USA women’s soccer, Hope Solo, has expressed her love for yoga.

“As an athlete I like to keep my speed and my agility and that dynamic part of who I am. A lot of times, simple stretching takes away from your speed, so for me, dynamic yoga gives me the ability and empowers me to keep my speed and elongate my muscles. Several years ago, it wasn’t as popular for professional athletes to do. Now, you’ll find in day and age, people are starting to realize it really benefits them on the field.” *

I have no doubt that the misperception that yoga fails to challenge a person’s athleticism still persist. And that the only true way to get the body in shape is to over indulge in cardio and strength training. However, as we are already seeing, I believe in the near future people at all stages of  health will begin to see the clear benefits and challenges of practicing yoga. They will realize that this art form is more than just something to “stretch” you out but, more of a way of life that challenges both the mind and body. 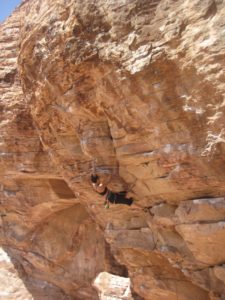 As many of you know, I am addicted to rock climbing.  It’s a healthy addiction in this case, I promise!  I recently returned from another stellar climbing trip to Red Rock Canyon, just outside Las Vegas.  Pictured above on her first 12a redpoint (at the Sunny and Steep crag in Calico Basin) is my good friend and climbing queen, Kim Richards.  Many of the 30-40-somethings in my climbing circle, me included, train on “plastic” at the local gyms 3 to 6 days a week.  How do we do it without getting injured, you may ask.  Our secret is really no secret at all: regular chiropractic and myofascial release body work (massage, ART, Graston).

Quoting a respected physical therapist in SF, Kelly Starrett, “All human beings should be able to perform basic maintenance on themselves.”  Regular practice of your own home care like self-massage, heat/ice, and a thorough stretching routine, is the second secret to prevent overuse injuries in climbing.

The ways that we choose to take good care of our bodies go a long way in preventing overuse and ALSO traumatic muscle/tendon/ligament injuries. When muscles/tendons/ligaments are free of scar tissue and chronic inflammation then they respond to repeated loads—-like gripping tiny crimpers on an overhang—-with resiliency and an innate elasticity.  That means lower chances of getting a tendon rupture in your finger, rotator cuff tear, or tendinitis in your elbow.

If you’re a climbing addict like me, you want to preserve your longevity in this sport.  Many of my friends are getting stronger and becoming more capable technical climbers as they are getting older—into their 40’s and 50’s. I don’t know a single one of them who doesn’t have regular body therapy of some kind.  I’m lucky because I get to use my own Graston instruments to work out tensions and adhesions in my forearms and hands at least once a week!  I’m an advocate of weekly to monthly spinal adjustments, massage (specific and general), and acupuncture.  Believe me, I’m a busy woman, and I wouldn’t take the time for these treatments if they didn’t work so darn well.  Climb on!

See more pictures from Red Rocks on our Facebook page!

Chiropractic in the VA

Running for a Better Oakland (RBO) 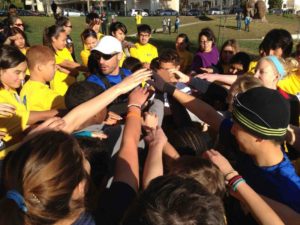 Running for a Better Oakland is a local non-profit, founded by Oaklanders Tod and Jen Vedock, to bring together a diverse group of Oakland kids in the spirit of togetherness, fitness, and building a safe community.  I’m honored to be named the team doctor and called upon to care for minor injuries that creep up as the kids participate in their new sport, running.  We meet every Saturday morning, January through March, to run around Lake Merritt in Oakland.  Over 150 kids from 7 to 17 years of age and nearly as many volunteers share the adventure of training for one of the Oakland Marathon races: 5k, marathon relay, or half marathon.  It’s a site to see all these blue  and yellow RBO t-shirts galavanting around the lake on these training runs.  Please have a look at this local organization to get a glimpse of how many kids’ lives it is touching in our community:
http://www.rboakland.org

The big day of the Oakland Running Festival is Sunday, March 24—fast approaching!

Next time you’re in for treatment, ask me about supplemental Magnesium instead of Calcium. 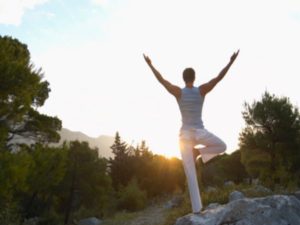 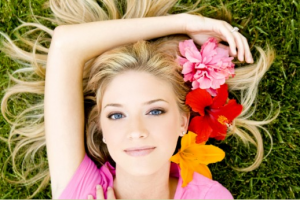 At a time of year when sniffles abound and everyone seems to be armed with a pocketful of tissues, it is important to take special care in supporting your body’s natural defense systems.  The essential function of our exquisitely designed immune system is to defend against the millions of bacteria, microbes, toxins, parasites and viruses that look to invade it.  When the immune system is working optimally, our lymphocytes are able to engulf the germs we are exposed to daily.  A strong immune system helps foster a healthier, more active and enjoyable life.  However, when stressors exist, immune system helps foster a healthier, more active andenjoyable life.  However, when stressors exist, they may disrupt this delicate balance, resulting in sickness or disease.  Don’t wait until it’s too late—there are many simple and effective steps that you can take each day to build your immune system: 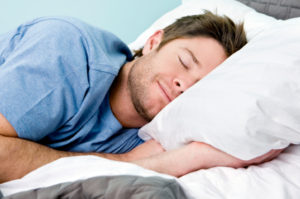 By Dr. Johanna | Raves | No Comments

The training load for Ultra Marathons is rigorous and breaks the legs down. Having ran for almost two years with various nagging injuries and more recently, been plagued with frustrating IT band complications, I started to think my Ultra Marathon days were over. Since being treated by Dr. Johanna, my IT band issues and related nagging injuries have no longer been a problem. Every time I leave a treatment, I feel lighter, faster and stronger. My fire for running has been reignited as a result of the treatment performed by Dr. Johanna.

By Admin | Raves | No Comments

Dr. Lelke has helped me heal from SI joint dysfunction and sciatica. I always feel much better after her adjustments. The ART techniques she performs are very effective. She’s great at answering questions and explaining my condition to me. I’ve learned how to better take care of myself so that I can look forward to more pain-free days. After lots of hip work, it’s always a bonus when she also releases tension in my spine. =)